Centuries ago, the Diaguitas called their Cacique Tukma and the territory under their influence Tukmanao, which covered a large part of northwestern Argentina. This way of calling the leader gave inspiration to the name of the winery.

In the 15th century, the Incas occupied Tukmanao, giving a strong impulse to the regional agriculture. Their advances were applied to the cultivation of vineyards, introduced from Europe at the end of the 18th century.

Bodega Tukma's philosophy is to produce wines with their own identity, respecting the history and traditions of the region. It is based on unique terroirs, which express all the potential and typicity of the area, and combines them with the work of men and women, who add a component of sophistication and authenticity to these wines of great height.

The main oenologist of Tukma winery, José Luis Mounier, settled in Cafayate in 1986, with the aim and unlimited enthusiasm to give life to wines that will remain in the memory.

José Luis not only trained in the region, but also in Pomerol, France, where he acquired knowledge in the area of winemaking with Michel Rolland. Thanks to his experience, José Luis travelled to vineyards all over the world, in countries such as Holland and Canada, harvesting knowledge year after year, which is reflected in Tuma's wines.

María Paz Gómez Rueda, an agricultural engineer, arrived in Cafayate in 2011, and to this day continues to develop in Tukma a philosophy without the use of pesticides, working continuously to be more environmentally friendly, respecting the identity of the farms and seeking the highest quality in each of the places where the grapes are produced.

Tukma winery owns vineyards in three areas within the Calchaquíes Valleys: Tolombón, Huacalera and Angastaco, with altitudes ranging from 1700 to 2500 metres above sea level. The "high altitude wine region" presents a completely clear sky, pure and fresh mountain air, a great thermal amplitude between day and night, and an average annual temperature of 18ºC. These are the outstanding features that make the marvellous Calchaquí Valley the privileged site for the production of high quality fine grapes.

Tukma winery's Torrontés Tardío is a Salta wine whose vintages have been receiving awards over the years. In 2020, it was recognised with 93 points by Tim Atkin as one of the "Value Sweet Wine of the Year".

Buy all the wines from Tukma

Tukma Cabernet Sauvignon 2017/2018
Grape variety:100 % Cabernet SauvignonTasting notes:Cabernet Sauvignon is a very distinctive variety of the Argentine Northwest. Cabernets from this region are characterized by being very fruity, such as this Tukma Cabernet Sauvignon.It has an intense ruby red color with garnet edges. On the nose, this wine offers notes of red bell pepper and black pepper. It is also accompanied by subtle notes of damp earth and eucalyptus.On the palate it is a full-bodied wine, with medium persistence and very pleasant. Serving temperature:15 - 17°

Tukma Gran Corte 2013/2017
Grape variety:65% Malbec, 20% Tannat, 15% Cabernet Sauvignon.Tasting notes:This blend of three varieties is an elegant yet robust wine, as wines from northwestern Argentina tend to be. Deep red in color with violet edges, its nose offers notes of ripe red fruit and grilled peppers. There are also delicate notes of coffee, thanks to the aging of this wine in oak barrels. On the palate, its flavor is balanced. It is a wine with character, structure, and ripe tannins. With a long and harmonious finish, the three grape varieties blend perfectly to offer a very interesting wine.  Serving temperature:15 - 18 ° C

Tukma Malbec 2018/2019
Grape variety:100 % MalbecTasting notes:This Malbec, Argentina's flagship variety, has an intense ruby red color with violet edges. Faithful representative of the northwestern terroir, it is a very fruity wine on the nose. It has well-marked aromatic notes of plum, raisins and pepper. There are also subtle hints of vanilla and coffee, due to its aging in oak barrels. In the mouth it is a voluminous wine, with an intense structure, but with soft tannins and a long aftertaste.Serving temperature:15-17° C

Tukma Tardío Dessertwein 2021
Grape variety:100% TorrontésTasting notes:This dessert wine is made from Argentina's most renowned white grape and comes from 50-year-old vines located in the Angastaco region of the Calchaquíes Valleys.It has a light yellow color with greenish hues. The nose presents notes typical of the variety, with predominantly citrus and white flower aromas.On the palate it is fresh and balanced, with very good persistence. Its residual sugar makes it ideal to be served as an aperitif or to accompany bitter chocolate-based desserts.Serving temperature: 6 - 9 °C 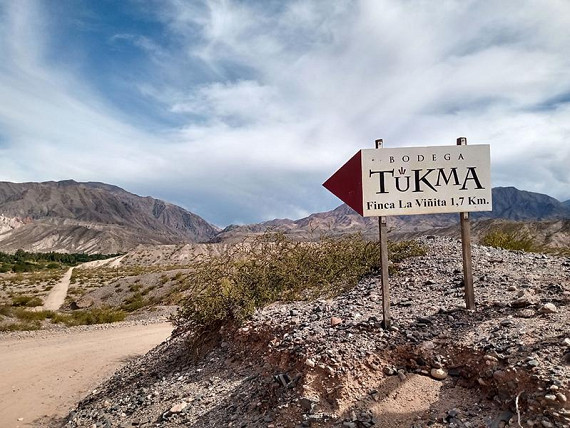 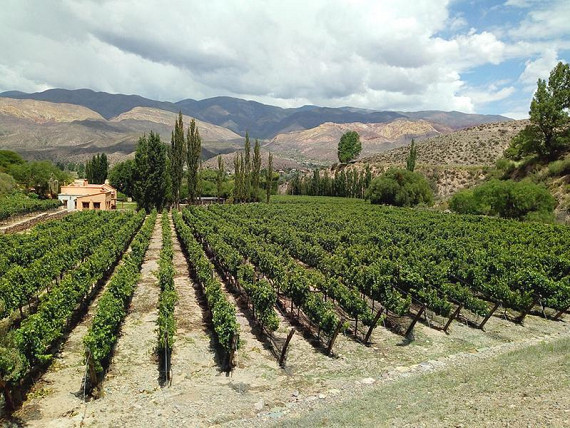