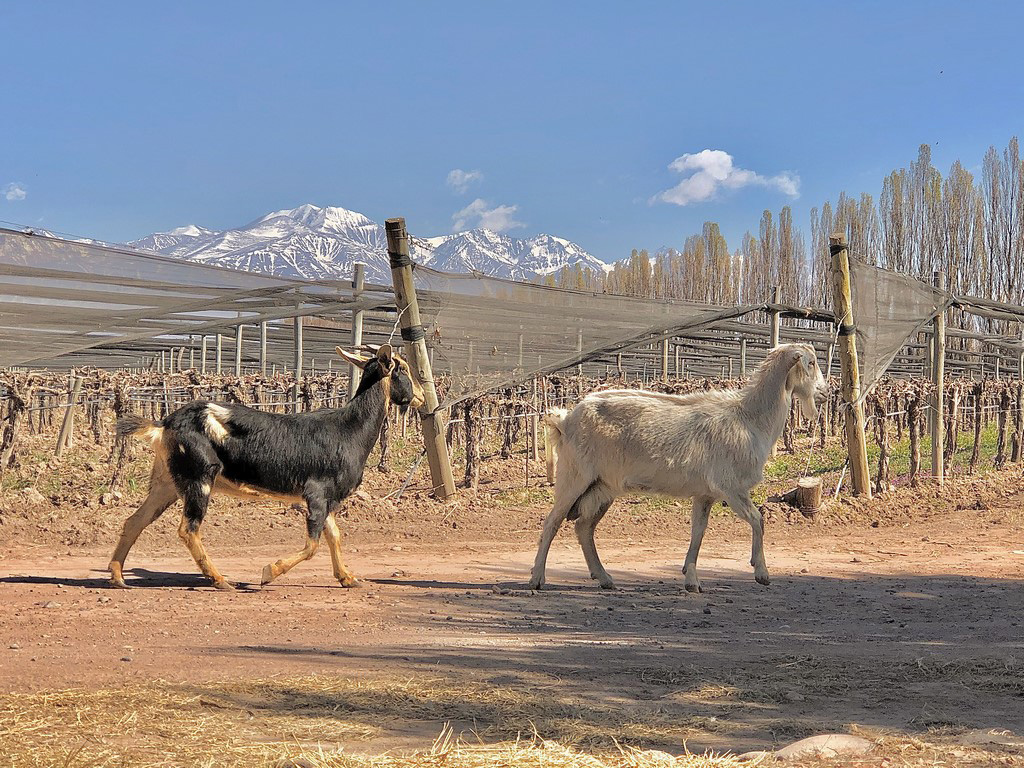 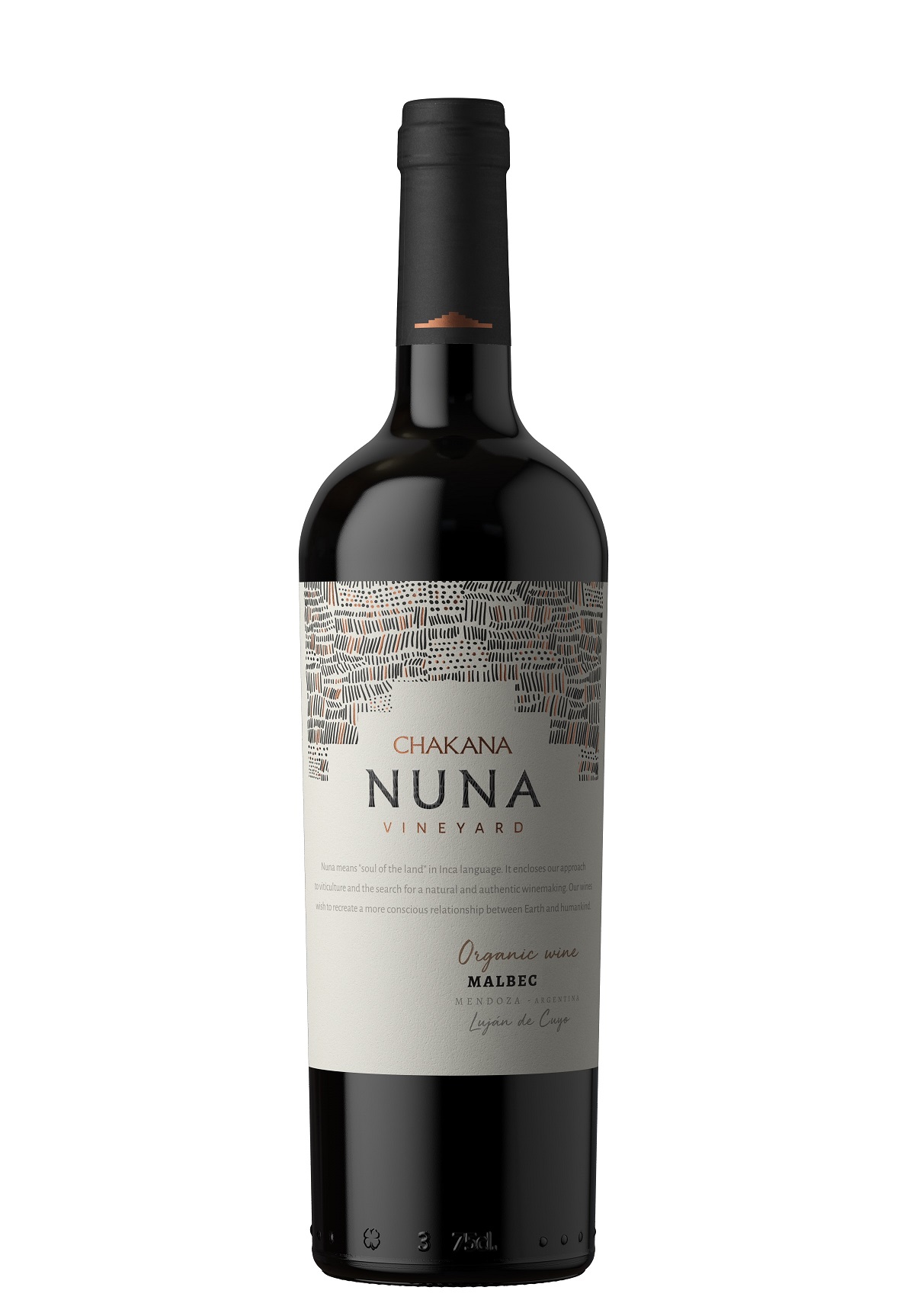 The Chakana winery was founded in 2002, taking up an ancient family legacy. At the end of the 19th century, the ancestors of the winery's founders produced quality wines in the mountainous region of Valtelina, Italy.

Chakana is dedicated to the study and understanding of some of Argentina's best terroirs with the goal of producing authentic wines that express the identity and character of their soils. Chakana is located in Agrelo, Luján de Cuyo (Mendoza), where it owns 80 hectares of vineyards with organic and biodynamic certification. It also has estates located in. Paraje Altamira (Uco Valley) called Ayni and Los Cedros.

In 2012, Chakana began to work conscientiously to recover and maintain the harmony of its soils and began the transition to organic/biodynamic farming methods for all of its estates. Chakana's viticultural management is oriented to the structuring and preservation of the soil biology and a balanced vegetative development of the vine, compatible with the soil texture of each site, its organic matter content and its susceptibility to frost. Finca Nuna received Organic Certification as of the 2014 harvest and has Demeter (biodynamic) certification as of 2016. Finca Los Cedros (Altamira) received organic certification in 2016.

The name Chakana evokes the symbol that represented for the Incas the constellation of the Southern Cross, which was used as an element of spatial and temporal orientation with great importance for agriculture.

From the etymological point of view, the name of the cross, "Chakana", has its origin in the stone that was used in the irrigation ditches to divert the water to the crops. A simple and powerful object, key to life itself in the Andes.

Argentine wine can build a common identity based on these natural factors and on its fusion with Western know-how regarding one of the most emblematic plants of its culture: the vine.

Chakana's winemaking style uses the criterion of intervening as little as possible in the fermentation processes, using indigenous yeasts, minimizing interventions with SO2 (sulfur dioxide) and other additives, and favoring the use of porous materials in aging (cement without epoxy and barrels), in order to preserve the character of the place in the wine.

Chakana wines are made in a 2,100,000 liter capacity winery located at Finca Cobos, equipped with stainless steel tanks and concrete tanks with and without epoxy. It has an aging capacity of 500,000 liters in French oak barrels and oak casks.

The winemaking is in charge of Gabriel Bloise, a member of the new generation of winemakers from Mendoza, who has perfected his skills through multiple vintages in the main wine regions of the world (Tuscany, Priorat, Australia, California). Gabriel understands winemaking as a means to express nature and believes that the best wines are those that do not bear the mark of the winemaker but of the places where they are made.

Why does Chakana choose biodynamic viticulture?

Many reasons have led this winery to choose this method of cultivation. The most important is its concern for the negative impact that traditional methods generate on the ecosystem, contributing to damage the environment and affecting soils and landscapes. For example, agricultural emissions of CO2 (carbon dioxide) and other greenhouse gases are mainly caused by the use of pesticides and fertilizers, which are found in 90% of the vegetable products we consume every day.

It is for this reason that the winery adopted this system to produce biodynamic wines, being the only method that guarantees a conscious care of the environment, the soil and the social impact of cultivation practices.

Buy all the wines from Chakana

Chakana Nuna Sparkling wine BIO 2020
Grape varieties:70% Chardonnay / 30% Sauvignon BlancTasting notes:The first organic and biodynamic sparkling wine in Argentina, composed of 70% Chardonnay and 30% Sauvignon Blanc. Produced with Champenoise (traditional) method. The white fruit aromas from the Chardonnay blend perfectly with the delicate touch of freshness and acidity from the Sauvignon Blanc.Ideal to be drunk as an aperitif or to accompany dishes with vegetables or light fish, sushi or oysters. It is also excellent for pairing with desserts or in its traditional use as a celebration wine.Serving temperature:8 - 11° C

Chakana Sobrenatural Bonarda 2021
Grape variety:BonardaTasting notes:Bonarda is the second most widely planted red grape in Argentina after Malbec. It is characterised by its easy-drinking wines, and this organic wine is no exception. It is an elegant, light wine, with well-marked aromas of ripe red fruit, and a slight floral note. Dry.An excellent proposal from one of Argentina's biodynamic wineries.Serving temperature:14 - 17°C

Chakana Nuna Estate Cabernet Sauvignon 2014
Grape variety:Cabernet SauvignonTasting notes:This Cabernet Sauvignon Mendocino is an ideal wine for lovers of this grape variety. On the nose it has a ruby red colour, typical of this varietal. The nose opens with notes of ripe black fruits and spices such as fresh mint and eucalyptus. Due to its ageing in barrels, it also presents subtle notes of chocolate. It is a round, balanced wine with a delicate finish. Dry.Serving temperature:16-18 ° C 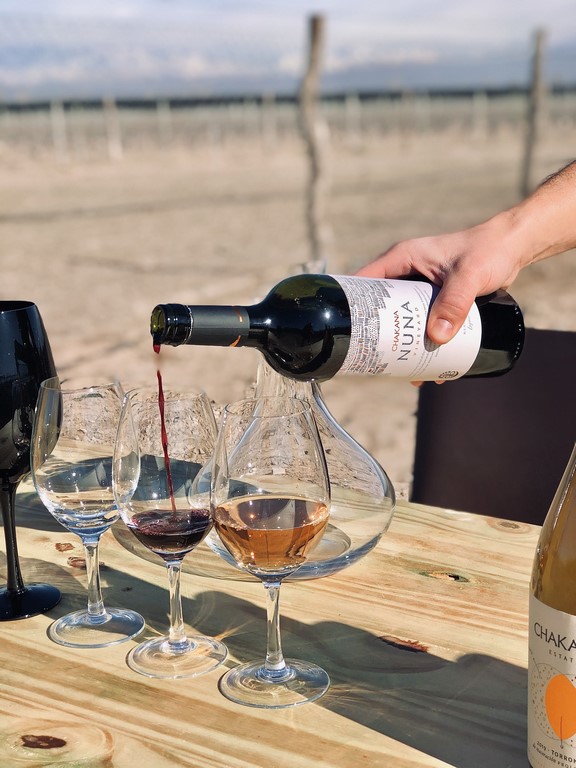 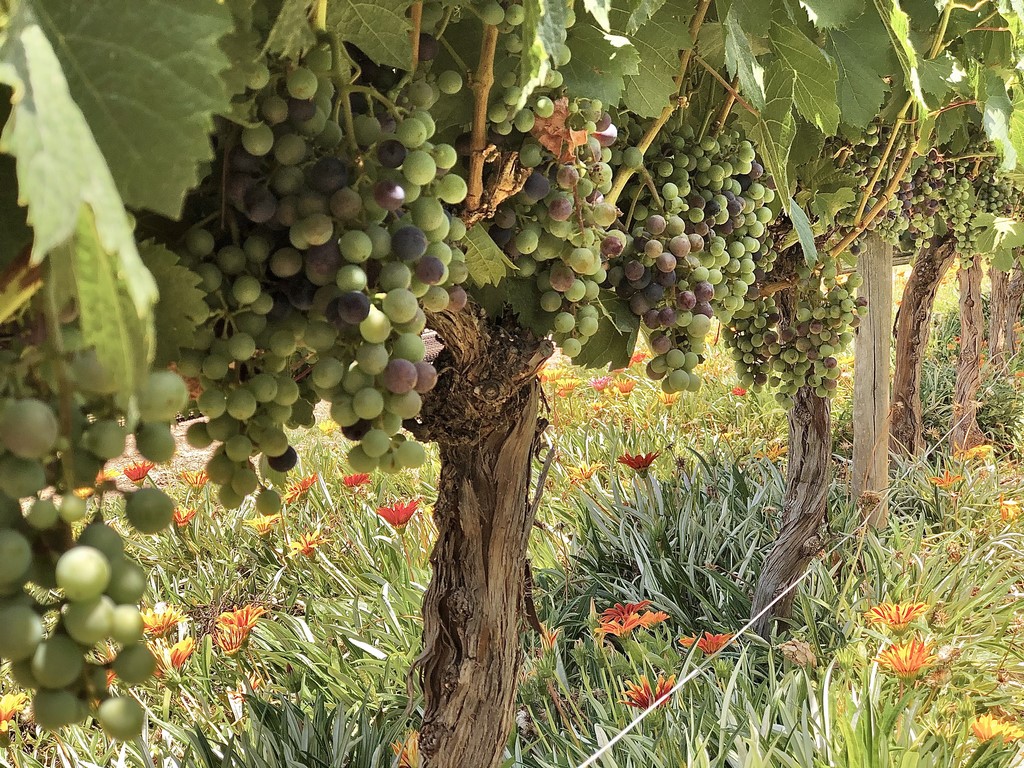 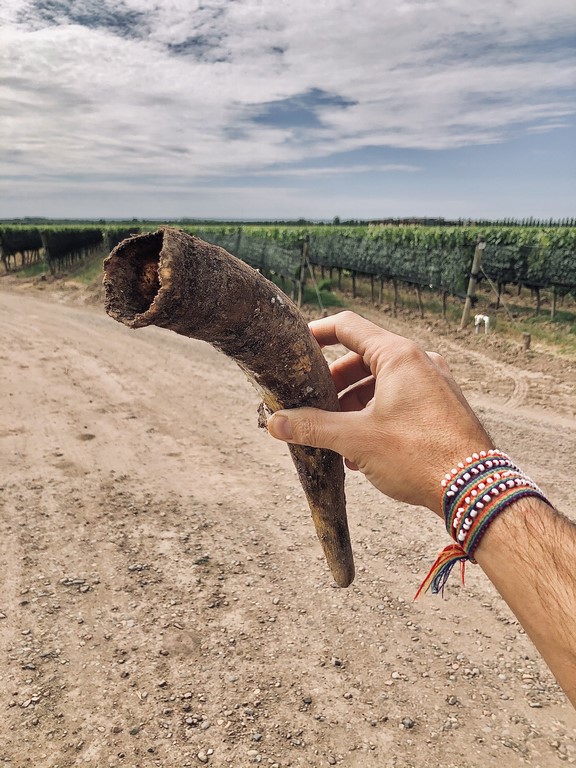