Why is altitude a decisive factor in wine?

Most of Argentina’s vineyards are located at high altitude. This country, which is 3800 km long, has several low regions, but has most of its wine production on the edge of the Andes.
From the north, with provinces like Salta, Catamarca and Jujuy, with vineyards at 3300 metres above sea level, over La Rioja, San Juan and the outstanding Mendoza, with vineyards between 450 and 2000 metres above sea level. The mountain range that delimits these vineyards is the Cordillera de los Andes.
The presence of this mountain range not only allows us to observe incredibly unique landscapes, but also to stop the cold and humid winds of the Pacific Ocean and transform them into softer and warmer winds. This also gives a unique purity to the air that flows through the vineyards.
On the other hand, the valleys and slopes created by the emergence of the Andes, where the vineyards are located, have a particular character of their Soils, mostly alluvial soils, which can have different compositions, ranging from large rocks to sandy or calcareous soils with smaller rocks. Soils of this type are, however, a fundamental part of the history of a mountain range that was formed 100 million years ago and is the second highest mountain range in the world after the Himalayas.
In general, the temperature varies by 1 degree for every 100 metres of altitude, which means that altitude is also a decisive factor in the microclimate of a vineyard. Similarly, a higher altitude vineyard increases its exposure to the sun, which causes the grape skins to thicken, giving the wines more colour and tannin.
The altitude also allows for an optimal thermal amplitude (i.e. the difference in temperature between day and night). This is a factor so desired by the winemakers that allows the grapes to be exposed to higher radiation and temperature during the day and to rest at night. This leads to a higher acidity in the fruit and a greater concentration of aromas.
On the other hand, the water that makes up the vines’ irrigation systems is pure, nourished and crystalline melt water.
Those who like to drink wine and taste wines from different parts of the world know that Soil, climate and the hand of the man who works the vines make it possible for each bottle to be different.
Argentinian wines from high altitude vineyards are generally wines of great aromatic complexity and above all of great body and structure. Of course, this uniqueness will also be influenced by other factors: whether the vine is located in regions with cold temperatures or in warmer ones, in areas with more or less sunshine, and by the grape variety chosen for the wine production. In any case, if you taste a wine from high altitude, you will know that you are drinking something different from everything you have known. Wines with history, mostly produced in desert climates, with the most varied techniques and with the passion of those who put a piece of their heart into each bottle. 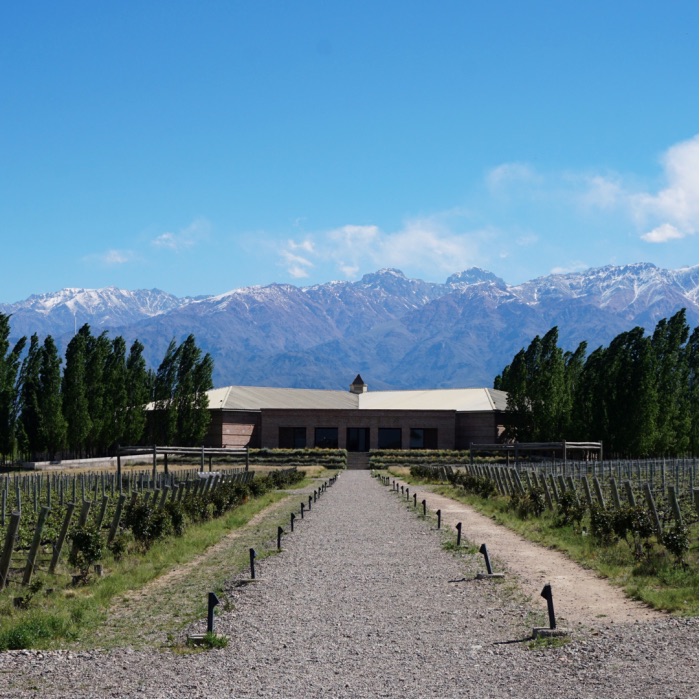