The wines of Salta: a walk through the clouds

Wine production is mainly based in the Calchaquí valleys, a system of inter-mountain valleys with an extension of 270 km, shared with the provinces of Catamarca and Tucumán. Wine-growing in Salta is strongly influenced by the presence of high altitude vineyards: The area under cultivation starts at 1,530 metres and reaches 3,111 metres in Payogasta (Cachi department).
The town of Cafayate, in the south-west of the province, is the reference centre of viticulture in the north and is characterised by the excellent quality and great varietal character of its wines. It concentrates 75% of Salta’s vineyards and 60% of the total planted area in the Calchaquíes valleys.
Cafayate has a hot climate and cold nights. It is characterised by a large thermal amplitude with long summers that allow good vine growth, also favoured by sandy and deep Soils. The wines are generally of very good colour, lively aromas and flavours and with intense and ripe tannins. Both the whites and the reds are characterised by their fruitiness and great varietal typicity. The alcohol content tends to be high, as the grapes are expected to ripen correctly.
Thanks to the great demand for this variety and the exceptional quality it achieves in the province, there is a great growth of red varieties, especially Malbec. Tannat and Cabernet Sauvignon are also particularly prominent in the Salta region. Among the most outstanding whites is Torrontés Riojano, considered the most beautiful expression of Salta. 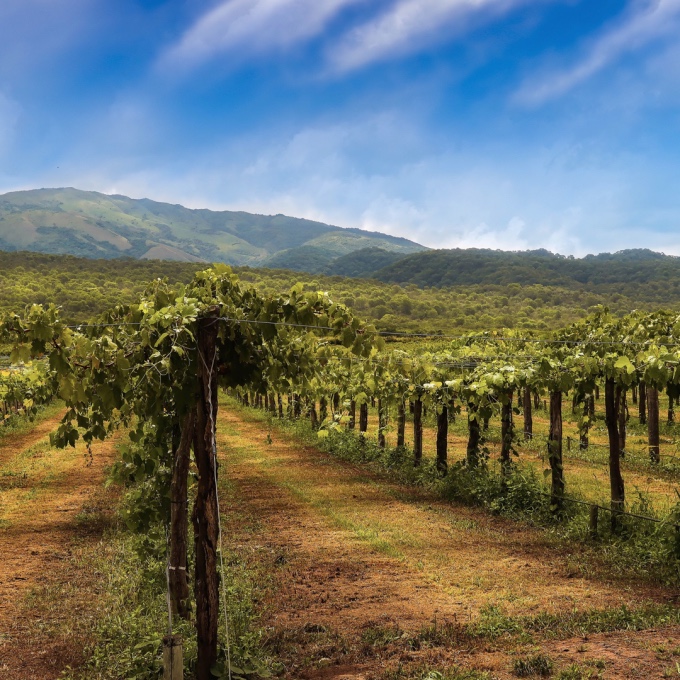